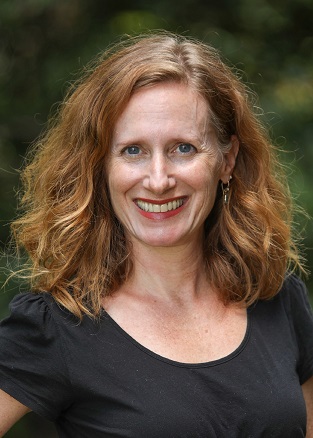 Some of Beth Rubens’s earliest influences in Jewish music were as a member of the Leo Baeck Temple youth choir, in her home town of Los Angeles, CA. She sang under the direction of well-known cantor and composer, William Sharlin. After studying French language and literature at Vassar College, with additional study in music and voice, she went on to receive her Masters of Music in Vocal Performance from the San Francisco Conservatory of Music. She spent many years working as a professional singer and early childhood music teacher, in the Bay Area, CA, and New York, and then moved to Washington, DC in 2002, for her husband’s position at the University of MD Smith School of Business in College Park, MD.

Beth continued to perform and teach in the DMV area, both as an early childhood and elementary music teacher at the Levine School of Music, Musikids, the Washington Conservatory of Music, Mundo Verde Public Charter School, and eventually Rochambeau, the French International School. She has performed with several opera and theater companies in the region, including the Washington Savoyards, Opera Theater of Northern VA, the InSeries, Washington Shakespeare, Washington Opera Society, as well as numerous concerts and choral engagements.

Beth returned to her early love of singing Jewish music when she met Rabbi/Cantor Arnold Saltzman in 2009 and began as a cantorial soloist at Hevrat Shalom Congregation, in Rockville, MD. There she was mentored by Rabbi Saltzman, who would lead services, and run back and forth to the piano to serve as accompanist as well.

Beth lives in Northwest DC, with her husband Brent, son Nathaniel (a high school sophomore) and daughter Elena (when she isn’t off studying as a freshman at Tulane University in New Orleans, LA). They have been active members of musically-rich Temple Micah in DC since 2011. She maintains a private home voice studio and directs middle and high school students in musical theater productions, and still sings in an occasional concert or opera production. Beth is thrilled to be joining Bet Aviv Congregation and to have a new opportunity to share her joy for singing Jewish music. When she isn’t singing or teaching, Beth can be found practicing yoga, skiing, walking in the woods, assisting her husband make delicious food, or cuddling up with her two cats, Ollie and Holly.