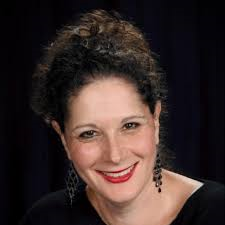 Rabbi Linda Joseph was born in Melbourne, Australia. “Discovered” by a professor at Hebrew Union College-Jewish Institute of Religion who recognized the wide ranging Jewish community work she had undertaken- from working in major Jewish organizations, counseling, founding study groups and Chavurot, leading services and teaching- she was convinced to apply to rabbinic school. Rabbi Linda Joseph was ordained at HUC-JIR in Cincinnati in 1994 and continued her studies in Jewish Education at HUC-JIR in Los Angeles where she graduated with another Master’s Degree in 1995. She served student pulpits in DeKalb, IL, and Bristol, TN, and led alternative High Holy Day services at Congregation Sherith Israel in San Francisco, CA, and served as an educational intern at Temple Ahavath Shalom in Northridge, CA.

Since ordination, Rabbi Linda Joseph, as a World Union for Progressive Judaism-sponsored student, served as a rabbi at (what is now known as) Etz Chayim Progressive Synagogue and for the Victorian Union for Progressive Judaism in her country of birth, Australia. Back in the United States, she found a home in the small community of the Jewish Congregation of Kinnelon in NJ and then became the Associate Rabbi at Temple Beth El of Boca Raton, FL. Following her time in congregations, she went to work in the Southeast Regional Office of the Union for Reform Judaism as the Senior Assistant Regional Director and then Regional Director, where she travelled and worked with Tree of Life Congregation in Columbia, SC, along with all the other Reform Jewish congregations in the Southeast United States. Following the restructure of the URJ, Rabbi Linda Joseph served as a Lay Leader Liaison with the URJ leadership, but, ultimately, decided to re-enter congregational life. She spent five years as the solo rabbi at Beth Chaverim Reform Congregation in Ashburn, VA, served as the interim rabbi for the Tree of Life Congregation in Columbia, SC and, most recently was the rabbi for Har Sinai in Baltimore.  Rabbi Joseph joined Bet Aviv on July 1, 2019.

Rabbi Linda Joseph describes herself as loving God, the Jewish people and Jewish traditions, creativity and texts. She enjoys teaching, prayer, community and connection. Storytelling, making art, listening to music, writing, reading and cooking are some of her passions.

We are so proud to welcome Rabbi Linda Joseph to Bet Aviv.